​Uranium Drive-In, is the second in the Jack Bannister mystery series and takes place in Colorado, and the along the eastern edge of the Utah border. The team, retired from their government job, call themselves, Black Mule Investigations.  When a presidental candidate is shot in an asasination attempt in downtown Denver, the family asks Bannister to look into it. Finding a way into the tightly controlled world of of the candidate's campagin and businesses proves to be a complicated and dangerous job. The investigation leads them into the world of corruption and murder, nearly costing several of the team members their life.

Black Mule Press is proud to announce that our two newest books, Looking Back & Leftover Soldiers have both won first place in the National Independent Excellence Awards (NIEA).

Leftover Soldiers Book 2, Aftermath & Opportunity, was a finalist in the NIEA Excellence Awards for 2022, picking up the story of the four ex-Civil War soldiers where book one left off in the 1868 Wyoming Territory. 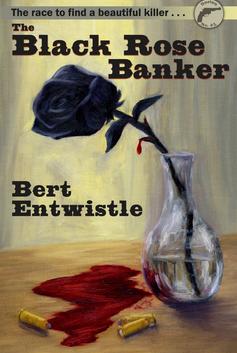 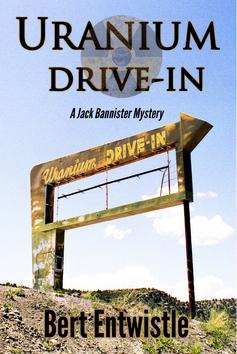 The Black Rose Banker, is a stand-alone mystery, a novella, (half novel).  It's done in the style of a 1950's detective mystery. It is a story about a brilliant, beautiful female serial killer that kills for money and the FBI agent that is obsessed  with tracking her down. Her murder and robbery spree have him pursuing her across the country for nearly two years. He finally catches up to her only to realize now that he has her . . . What should he do with her? 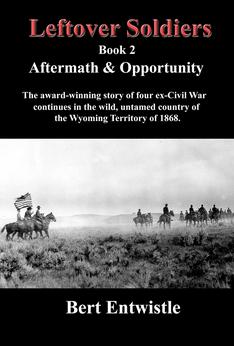 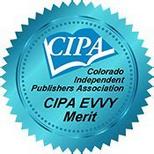 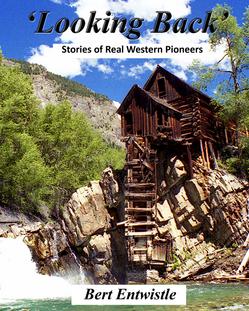 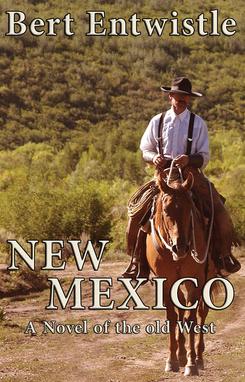 Hope everyone came through this Covid thing safely and is ready for life to start looking like normal. Had a beautiful trip to see our youngest son Chad and his clan over in Western Colorado, near the Grand Mesa.  Got several irons (mostly books) in the fire, and am still writing my regular history column for Working Ranch Magazine called Looking Back. The book by the same name contains 50 of those columns, all real non-fiction accounts of American pioneers. 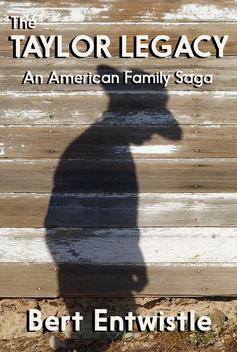 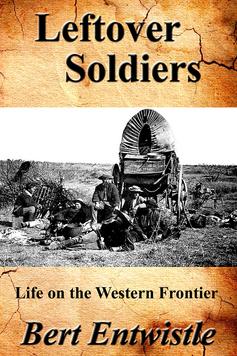 The Taylor Legacy, An American Family Saga, tells the story of a great American ranching family and the generations of their ancesters that came before them. In 1851, August and Sally Freedman escape the horrors of slavery in the dark of the night from a southern rice plantation and connect with the underground railroad on their way to a free state.  The foundation of a great American family is laid that day.  The family is built from tough, independant ancestors blending together to become the Taylor family of South Park, Colorado, one of the most respected ranching operations in the West. Some characters from this book will find a life in a book of their own.

Murder in the Dell, is a plot-driven, stand alone mystery.  In the northwest corner of Wisconsin, a serial killer is murdering people and dumping their bodies in the snowy winter woods wrapped in black construction plastic.  The sheriff of the smallest, most remote department in the state is charged with catching the Black Plastic Killer. Fighting the weather, the government and the families as he follows the leads, he finds the trail to the killer in a wild twist of circumstances.

The Drift, is the first in the Jack Bannister mystery series.  It is a contemporary crime story combined with an historical lost gold mine story, all taking place in the Cripple Creek, Colorado gold mining district. Jack Bannister, Vietnam Vet and former prisoner of war for two years, along with his partner and former prisoner Rocky Batton, work for the United States Environmental Research Agancy looking for sources of polution and contamination in Colorado's rivers and mines. After discovering a questionable mine operation, it turns into a search for an organized crime operation and an incredible story of a lost 19th century gold miner and his mine. 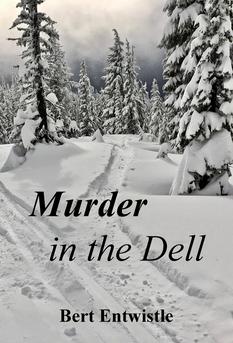 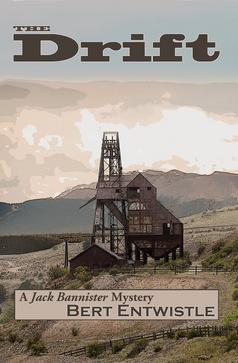 'Looking Back', Stories of Real Western Pioneers, is a collection of 50 western history columns originally published in Working Ranch Magazine over the last 16 years.  Our first collection of nonfiction short stories includes settlers, immigrants, buffalo hunters, trail drives, cowboys and Indians as well as outlaws, lawmen, and women pioneers.  All of them, Americans and immigrants from around the world came in search of a better life.

New Mexico, A Novel of the Old West, is a story of the last few years of the 19th century in New Mexico.  The rough, dangerous landscape and the remote nature of its location became a haven for some of the most violent outlaws still plying their trade. Jose Taylor, the son of Mexican and Chinese immigrants, took on the job as deputy sheriff. For twenty years he hunted down the worst murders, robbers, and rustlers in the West. His confrontations, often ending in the dramatic death of the outlaws became part of the lore of the old West. After one of the most feared and dangerous Indian outlaws in the country was spotted stealing cattle, Taylor takes up the trail. The final encounter leaving one of them dead and the other scarred for life.

​Leftover Soldiers, Life on the Western Frontier, tells the story of the frontier after the last battle of the Civil War, fought outside of Brownsville, Texas. When the blood stopped flowing and the rifles were stacked for the last time, Texas became home to thousands of soldiers from both sides, most with few prospects for the future. The story follows three ex-Union soldiers and one Confederate soldier, thrown together by circumstance, trying to move forward with their life on the ragged edges of the frontier. Finding work as Buffalo hunters and trail drive cowboys they fight the Indians, the prairie, the weather, outlaws and old prejudices to tame their own demons and make a life for themselves.

​Leftover Soldiers Book 2, Aftermath & Opportunity, picks up the lives of four ex-Civil War soldiers where they left off in book one.  It is 1868 and the towns of Cheyenne and Laramie are the next stops on the new Transcontinental Railroad. The men begin to find their paths to new lives in the Wyoming Territory.  Fighting through the Indian battles, outlaws and their own personal demons, and along they find love and success.  The women are strong and fight their own battles, working to get suffrage for all women, becoming the first state to get the vote for women.